A Bear Market is Upon Us

The panicked selling in the United States equity markets continued Wednesday as one of the major U.S. indices, the Dow Jones Industrial Average (DJIA), reached bear market territory as fears of the coronavirus intensified as the World Health Organization declared the outbreak an official global pandemic. The DJIA fell 5.85% today, or 1,464 points. A bear market is considered to take place when a major index is down 20% from peak to trough. As of the close today, the DJIA has shed 20.34% or 6,015 points since peaking less than one month ago on February 12th at 29,568 points.

The S&P 500 lost 4.89%, or 140 points, and the technology heavy NASDAQ lost 4.7%, or 392 points, today. Though the S&P 500 is not considered to be in bear market territory at this time, the index is certainly on the doorstep of reaching bear market territory. The popular index is down 19% while shedding 645 points since peaking at 3,386 points on February 19th. The NASDAQ is in similar circumstance declining 18.2% since its high.

Recent news out of the White House regarding a fiscal stimulus package has not been revealed yet after the Federal Reserve’s emergency 0.50% rate cute last week. The Bank of England cut their rates by 0.50% on Wednesday as well. Also, the cities of Seattle and San Francisco came out today banning large gatherings of people with each city putting a cap of 250 and 1,000 people, respectively, for public gatherings. Also, NCAA president Mark Emmert announced late on Wednesday afternoon that only staff and family will be allowed to attend the March Madness basketball games. More and more companies are asking employees to refrain from travel completely and encouraging employees to begin working from home.

As these cancellations and restrictions take hold, it is apparent that this will have an adverse effect on the global economy. Company earnings growth was beginning to slow down in the 4th quarter of 2019 and with the lack of travel and decreased productivity in the 1st quarter of 2020, we can expect that growth to continue to slow.

Though we wish we were delivering more favorable news, our firm’s Chief Executive Officer Ralph Freibert remains grounded that we will not begin to trade until the markets begin to show some sort of footing or base. Once the market begins to show signs of a bottom, which could be later rather than sooner, Ralph will begin to shift some of the defensive positions into equity positions within the appropriate, stated risk tolerances. 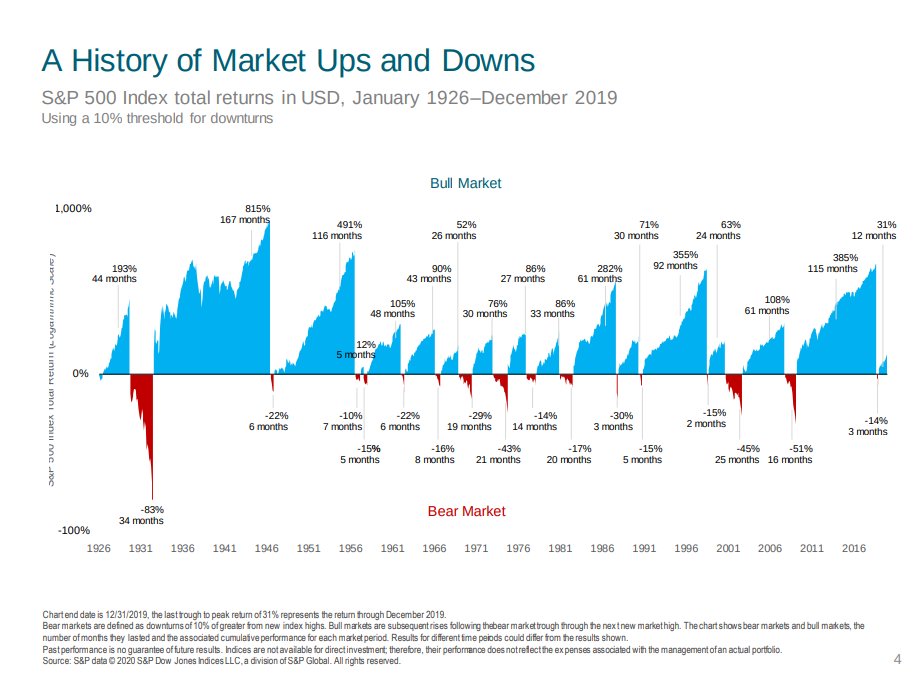 In our opinion, during a volatile market like the one we are currently experiencing, investors with a tangible plan and conviction in that plan will be more prepared to handle the volatility we are currently facing. History has shown that calmer waters are ahead, but we will continue to weather this storm regardless of the duration for the foreseeable future. This is not time to panic, rather it is a time to evaluate your exposure and comfort levels. If you have any concerns regarding your current portfolio with us or any assets that you hold elsewhere, please give us a call so we can help during these volatile times.